After Nye’s lecture, students gathered at the microphones. The first question will stay with me forever.

The student yelled, “Bill Nye,” and the crowd erupted in applause. We’d all been thinking about the question for a while. I could almost hear Nye thanking his publicist for booking him this gig at the university.

Although I can’t recall Nye’s response, the fact that such questions were asked and that they elicited applause was remarkable. Bill Nye was awesome. Science was cool. The electric car was cool and the sundials for Mars were cool. Hopkinsgasm had just ended.

A few years later, another Mars Rover has the nation talking science cool. The lander’s wheels didn’t touch the Martian surface. Rupert Murdoch couldn’t even get a camera up there. However, his staff tried to delete any text messages that the rover had sent back. Many of us enjoyed watching the exuberant scientists hugging at the Jet Propulsion Laboratory Mission Control Center. It was actually quite a happy sight.

Some people said yes. Some said yes. The incredible feat of landing a spacecraft on Mars combined with the enthusiasm and dedication keystone science school of scientists who behaved more like a softball team than a laboratory worker had pushed science beyond archaic taxa to the realm of the XFL. With the help of spunky aeronautical engineers (one of whom had OMG MOHAWK), science glowed with the fashionable sheen of one of those frozen yogurt shops that looks strangely like A Clockwork Orange’s milk bar.

Others chuckled and said that science was not cool. They asked, coyly raising their eyebrows, “Oh, science’s cool again?” It was not something we had noticed. It’s funny.

(Those who believe science has always been cool have to be selectively suppressing a part of their childhood. Or they went to very nice private schools. I envy them. The following exchange would not be possible where I grew.

One answer to the question of whether science is cool again remained unanswered. Science isn’t cool. Here are some reasons why science is not cool.

First, science is sold short by the term “cool”. Science is amazing. Science is essential, science is fascinating and science is admirable. What’s “cool”? Parachute pants and slap bracelets, pogs. (Maybe I’m picking on the early 1990s unfairly, but holy heck, there was a lot of crap that we loved. Fist-pumping about science’s newfound coolness seems to suggest that science is more desirable than “cool”, but it’s not. 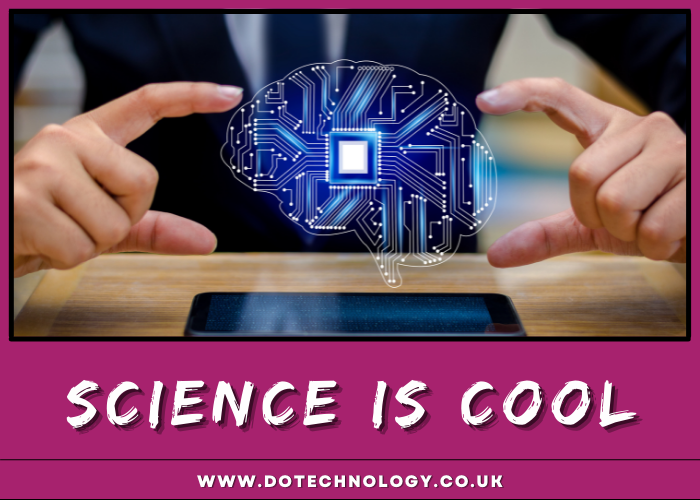